Rome
Traveling to rome is like talking a step back to the ancient times in many ways. All over town you see historical references to it. There is no way you can go threw everything Rome can offer if you are interested in history. Unless you are gone stay there for a month. But if you have a week in Rome there are several things i can recommend that you look at.

Roman Forum is a place right across from the Coloseum.
There you will be able to walk threw this really big area where you can see a lot off  ruins from the Roman time. The while thing looks like ruins from where it once stood a town, you have the small houses, the squares, the big houses, victory arcs that where built when wars where won and churches and everything else you can imagine.
What stroke me when i was there was the amount off details that was put in to every peace. When you are done don’t forget to walk up the hill to the top and there you will have this magical view over the whole place.

Coloseum is the other obvious choice. It is really overwhelming to be there, to see it all. To think about how men built that massive place and how they managed to get all the bricks up that high in a time where there was no machines to help them and how many lives it cost to built that place. The structure off it all really amazes you.

A third place is the Antica Ostia. It is a big outside off town but what you get there is you can was threw a town from the Roman time.

The Pantheon is also worth a visit. It is a church built during the Roman time and have historical tombs.

Arch de Constantine is this grand Roman arch built in 315 is also very well worth a visit.

Another country where you will find a lot off history is Greece.
Athen is the most obvious destination for that.

What i recommend if you want to see something else i recommend the Olympia.
It is the place where they held the first Olympic games and where they always start with the olympic fire.

What you have at Olympia that you can’t find in Athen is bits and peaces off Zeus palace.
In the museum they have restored some off it and the actually house it sees is out on the garden. Other then that you get to see where the athletes trained, had competitions, the big stadium, ruins off the statues that where made off the ones that one and the ones that lost. But maybe most importantly you get to see where they lit the olympic wire every four years and if you go there when it is time for the olympic games you get to see the ceremony for it.

In Paris if you visit the Louvre you will see a lot off historical statues from Roman times, from Egypt, from Greece. It is the same at the British museum in London.

I have been to 27 cities in 4 continents. Go here to read about the experiences i had. 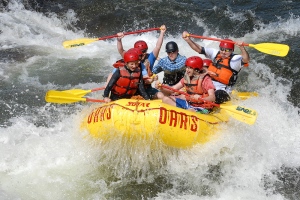 Read about the things i recommend to do on your vacation depending on your interests and intentions with your trip.

Take a look at the places i dream about going